My Dog Saw the Rabbit

There is a story from the Desert Fathers about a young monk who asked one of the old men of the desert why it was that so many people came out to the desert to seek God and yet most of them gave up and returned to their lives in the city.

“Last evening my dog saw a rabbit running for cover among the bushes of the desert and he began to chase the rabbit, barking loudly. Soon other dogs joined in the chase, and they were barking and running as well. They ran a great distance and alerted many other dogs. Soon the desert was echoing the sounds of their pursuit but the chase went on into the night.

After a little while, many of the dogs grew tired and dropped out. A few chased the rabbit until the night was nearly spent. By morning, only my dog continued the hunt. “Do you understand,” the old man said, “what I have told you?”

“No,” replied the young monk, “please tell me father.”

“It is simple,” said the desert father, “my dog saw the rabbit.”

—-Sayings of the desert 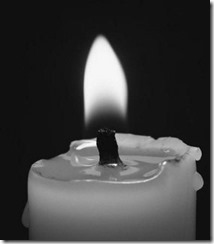 Seeing the rabbit is the key for us today as well. Just as in the desert monasteries people drift in and out of churches looking for God but never truly find Him. Their problem is that the never see Him. Many are drawn in by the excitement of others but fail to see who God really is and what He does for those who find Him.

4 responses to “My Dog Saw the Rabbit”