Bad Reasons to Leave Your Church

I know that this is not my normal type of writing or sharing, but I think it is well worth our attention.

For the entire article in Relevant Magazine, click this link.

If you’re thinking about looking for a new church home, please don’t use one of these five reasons to make the jump:

Your primary call in the church is to contribute, not just to consume.

3. “I DON’T AGREE WITH EVERYTHING THAT IS BEING PREACHED”

The church doesn’t exist to meet your needs. You are a part of the church that exists to meet the needs of the world. 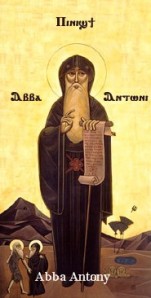 A brother went to find Abba Serapion.  According to his custom, the old man invited him to say a prayer.  But the other, calling himself a sinner and unworthy of the monastic habit, did not obey.  Next Abba Serapion wanted to wash his feet, but using the same words again, the visitor prevented him.  Then Abba Serapion made him eat and he began to eat with him.  Then he admonished him saying, ‘My son, if you want to make progress stay in your cell and pay attention to yourself and your manual work; going out is not so profitable for you as remaining at home.’ When he heard these words the visitor was offended and his expressions changed so much that the old man could not but notice it. So he said to him, ‘Up to now you have called yourself a sinner and accused yourself of being unworthy to live, but when I admonished you lovingly, you were extremely put out.  If you want to be humble, learn to bear generously what others unfairly inflict upon you and do not harbor empty words in your heart.’ Hearing this, the brother asked the old man’s forgiveness and went away greatly edified.

——Abba Serapion of the Desert

The greatest measure of true humility is how we react to honest and loving criticism. None of us truly wants to be criticized. The wise Abba was giving the brother some very simple advice about work and prayer and the necessity of stability of life. This advice, lovingly given, was very disturbing to the brother. His reaction, as strong as it was, is not the main lesson of the saying. Serapion is telling us that in order to live of life of humility and service we must learn to bare undeserved criticism. For it is in the manner in which we handle the harshness of our enemy that our true Christian fiber is displayed. We live in a time that people seem to have nothing better to do than to find fault with everyone. Today’s culture demands destruction of all those who disagree or threaten our position. The advice of the Abba is to listen to the criticism of the loving people that our Lord has sent our way, and in that, we find the strength to face the unfairness that the world will bring to our lives.

Heavy work, such as I should never choose; but sometimes it must be done. Well might the ancient say, ‘God made practical divinity necessary, the devil controversial. But it is necessary: we must “resist the devil,” or he will not “flee from us.” Those are the words of John Wesley in a letter to the Bishop of Exeter. Mr. Wesley was in the midst of a dispute with the Bishop over authority.

It is uncanny how many of the arguments we have in our day are over authority. The tricky issue of “who gets to decide,”causes many good things to go undone, because we hold on tightly to that which we claim as our own. The devil’s oldest trick is to have us busy resisting each other instead of resisting him. As we journey into Lent today, we must look deeply inside of ourselves and try to discern that path that we must take. God created us for good works and we must find those works . Let us not be thrown off the path by disputes over the issue of “who gets to decide,” but rather push to accomplish the task of being God’s hands and voice to the world.

“The brothers praised a monk before Abba Anthony. When the monk came to see him, Anthony wanted to know how he would bear insults; and seeing that he could not bear them at all, he said to him, ‘You are like a village magnificently decorated on the outside, but destroyed from within by robbers.”

The true test of any person comes when we face criticism. It can sometimes be just or unjust. It can be true or false. In the times of praise it is very easy to be gracious and loving . When the tables are turn, we see how much we can really turn the other cheek. The challenge is to be a person who has the inner trust in God that allows us to be a 24/7 Christian. None of us are there yet, but the journey continues.