Perhaps the most famous saying that uses the word serenity is Reinhold Niebuhr‘s Serenity Prayer. This prayer has been used by Alcoholics Anonymous and others as a prayer of centering and peace in a troubled world. The word and the prayer serve as a guide to stepping outside of yourself and giving your troubles to God. I highly recommend that you add this little prayer to your “go to” list of prayers.

The late Fred Craddock tells this story. Many years ago a pastor served an extremely small country church whose building was heated by coal heaters and whose plumbing was outside. The tiny congregation usually consisted of fewer than a dozen women at least 65 years old. 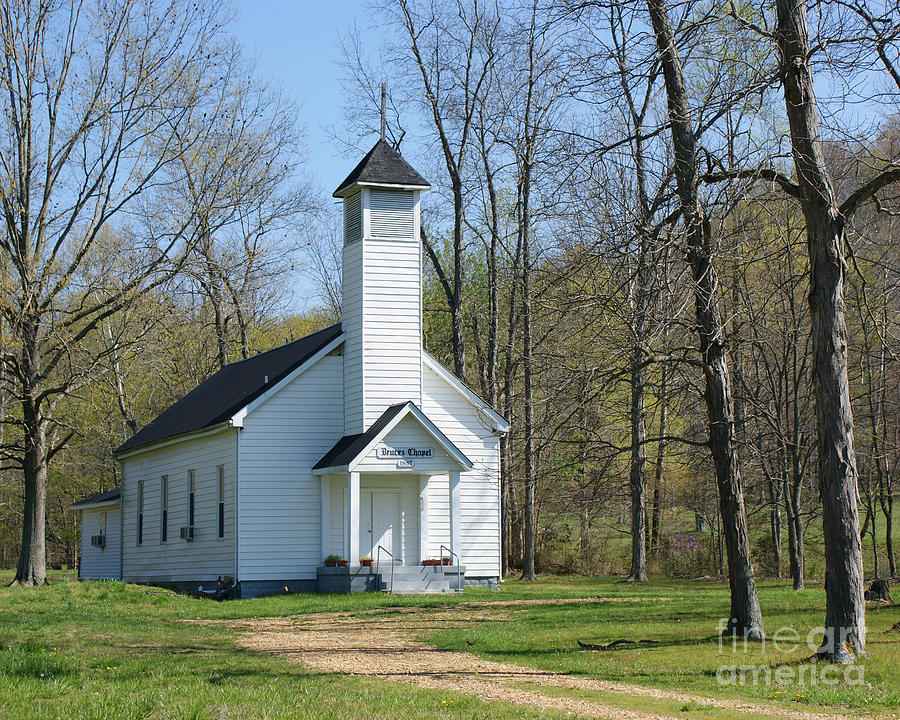 The church sat on a beautiful mountainside overlooking a picturesque valley. An old, abandoned dirt road ran from the church beside the mountain into the thick forest. Often, the pastor drove to church early, leaving the car in the parking lot to walk down the dirt road into the forest to commune with deer, wild turkeys and God.

One morning, however, the pastor was lost in the serenity of the place and realized he would be late starting the service. As he approached the church, the usual congregation of elderly women hovered near the outhouse. The pastor expected to be chastised for his tardiness, but instead, was greeted with sighs of relief. The women had seen the pastor’s car, and not finding him in the church, thought something had happened to him. They were so glad to see him, they forgot how late he was!

That is real serenity! A place or state that gives us love and acceptance when we are not necessarily doing everything with perfection. Our world has, quite literally, been turned upside down. Negative prices for a barrel of oil, a virus with no cure, closed churches, closed malls, no sporting events, and we are not sure when even our new normal will come to be or what it will bring. There has never been a time when we have needed to grasp on to the inner serenity that the peace of God offers. Remember the words of Jesus, “Peace I leave with you; my peace I give to you. I do not give to you as the world gives. Do not let your hearts be troubled, and do not let them be afraid.” That is the peace we need now.

Let us grab for the serenity that comes as we turn our focus on our God and Creator.

LORD, sometimes serenity is a hard place to reach. I ask you this day to give me the inner peace that is necessary to be at peace in a troubled world. I seek the healing balm that only you can give. May your Spirit be a part of me so I may be a part of you. In that unity I will achieve a level of peace that can only come from you. May that serene peace fall upon me today. Amen

This past week one of the greatest preachers and storytellers that I have ever known pasted away. Fred Craddock was an inspiration to preachers for over 60 years. He tells this story of his father, who spent years of his life hiding from the God who was seeking him out:

My nervous mother would run to the kitchen, crying, for fear somebody’s feelings would be hurt. When we had an evangelistic campaign the pastor would bring the evangelist, introduce him to my father and then say, ‘Sic him, get him! Sic him, get him!’ May father would always say the same thing. ‘You don’t care about me! Another name, another pledge. Another name, another pledge! I know about churches.’

I guess I heard it a thousand times. One time he didn’t say it. He was at the Veteran’s Hospital. He was down to 74 pounds. They had taken out the throat, put in a metal tube, and said, ‘Mr. Craddock, you should have come earlier. But this cancer is awfully far advanced. We’ll give radium, but we don’t know.’

I went in to see him. In every window—potted plants and flowers. Everywhere there was a place to set them—potted plants and flowers. Even in that thing that swings out over your bed they put food on, there was a big flower. There was by his bed a stack of cards 10 or 15 inches deep. I looked at the cards sprinkled in the flowers. I read the cards beside his bed. And I want to tell you, every card, every blossom, every potted plant from groups, Sunday School classes, women’s groups, youth groups, men’s bible class, of my mother’s church—every one of them. My father saw me reading them. He could not

speak, but he took a Kleenex box and wrote something on the side from Shakespeare’s Hamlet. . . . He wrote on the side, ‘In this harsh world, draw your breath in pain to tell my story.’ I said, ‘What is your story, Daddy?’ And he wrote, ‘I was wrong.’”

Professor and preacher Fred Craddock tells about visiting a church one time where he was supposed to hold services on Friday evening, Saturday evening, and Sunday morning. When he pulled into the parking lot of the church, a funeral was concluding. People were moving to their automobiles; the hearse was still there. The minister saw him, recognized him, and motioned for him to come over. Craddock didn’t want to intrude; he was just waiting until the funeral was over. He was standing next to the widow. The pastor introduced her to Craddock, and Craddock felt awkward. He said to her, “This is no time for you to be meeting strangers. I’m sorry, and I’m really sorry about your loss.” Her husband had been killed in a car wreck and left her with four children. He said, “I know this is a very difficult time for you.”

Like any sensible and caring person, Craddock said, “Oh, you don’t need to.”

And she said, “I know it’s hard. It’s already hard, but you see, this is my church, and they’re going to see that my children and I are okay.”

My church is going to see that we are okay. Isn’t that what a church is supposed to be all about?

Come to me, all of you who are weary and loaded down with burdens, and I will give you rest.