Humble yourselves therefore under the mighty hand of God, so that he may exalt you in due time. Cast all your anxiety on him, because he cares for you. Discipline yourselves; keep alert. Like a roaring lion your adversary the devil prowls around, looking for someone to devour.

Question – How can my humility keep me alert to the evil one?

Prayer – LORD, the world teaches me that humility is weakness, but you teach that it is strength. Give me the courage to be humble as a way of being aware of the evil that is all around me. In that humility, you give me strength. Amen 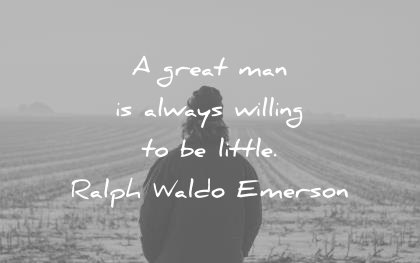 A brother who was sharing lodging with other brothers asked Abba Bessarion, ‘What should I do?’ The old man replied, ‘Keep silence and do not compare yourself to others.’

—-sayings of the desert

There is no greater enemy than the enemy of self – judgment. When we compare ourselves to others, we are judging ourselves and usually looking for ways to compete with the other. This sort of behavior easily leads to jealousy and envy, emotions which ALWAYS cause us to fall into sin. Jealousy and envy become all-consuming and the next thing you know you are trying to eliminate them so they are no longer a threat.

The other side of that scenario is self – loathing. Such an attitude leads to loss of productivity, depression and destructive behavior. We must be continually be reminded that we are created in the image and likeness of God, and we are possessors of great potential. The sheer numbers of different personalities and talents are an expression of an infinite God whose possibilities are limitless.

The Abba is telling the brother and us, to keep silent and see the person that God has created. We are not all the same, but we are the crown jewel of God’s creation. In silence we discover God’s spark in our lives, and He then uses it to bring us to our full potential. As the psalmist says, ‘Be still and know that I am God….’

e serpent was more crafty than any other wild animal that the Lord God had made. He said to the woman, “Did God say, ‘You shall not eat from any tree in the garden’?” 2The woman said to the serpent, “We may eat of the fruit of the trees in the garden; 3but God said, ‘You shall not eat of the fruit of the tree that is in the middle of the garden, nor shall you touch it, or you shall die.’“ 4But the serpent said to the woman, “You will not die; 5for God knows that when you eat of it your eyes will be opened, and you will be like God, knowing good and evil.”

6So when the woman saw that the tree was good for food, and that it was a delight to the eyes, and that the tree was to be desired to make one wise, she took of its fruit and ate; and she also gave some to her husband, who was with her, and he ate. 7Then the eyes of both were opened, and they knew that they were naked; and they sewed fig leaves together and made loincloths for themselves. 8They heard the sound of the Lord God walking in the garden at the time of the evening breeze, and the man and his wife hid themselves from the presence of the Lord God among the trees of the garden.

9But the Lord God called to the man, and said to him, “Where are you?”10He said, “I heard the sound of you in the garden, and I was afraid, because I was naked; and I hid myself.”

14The Lord God said to the serpent, “Because you have done this, cursed are you among all animals and among all wild creatures; upon your belly you shall go, and dust you shall eat all the days of your life.15I will put enmity between you and the woman, and between your offspring and hers; he will strike your head, and you will strike his heel.”

‘Take away temptations and no one will be saved.’

Prayer Starter — Lord help me to fight the great temptations of my life.

1Then God spoke all these words: 2I am the Lord your God, who brought you out

of the land of Egypt, out of the house of slavery;3you shall have no other gods before me. 4You shall not make for yourself an idol, whether in the form of anything that is in heaven above, or that is on the earth beneath, or that is in the water under the earth. 5You shall not bow down to them or worship them; for I the Lord your God am a jealous God, punishing children for the iniquity of parents, to the third and the fourth generation of those who reject me,6but showing steadfast love to the thousandth generation of those who love me and keep my commandments.

“What Satan put into the heads of our remote ancestors was the idea that they could ‘be like gods’ – could set up on their own as if they had created themselves – be their own masters – invent some sort of happiness for themselves outside God, apart from God. And out of that hopeless attempt has come nearly all that we call human history – money, poverty, ambition, war, prostitution, classes, empires, slavery – the long terrible story of man trying to find something other than God which will make him happy.”

Prayer Starter — Lord we all seem to find gods to put ahead of You. Help me to serve YOU alone.

———–Abba Matoes of the Desert

The wise old man gives us a very important truth, Satan is not all knowing. Far too many people give the evil equal standing with God. Emphatically, he is not! We need not worry that the devil can overcome us without our help.  In every sin, we become his partner by enjoying the forbidden fruit. The passion is as much our enemy as the evil one. Our challenge is to recognize those areas of our lives that make us vulnerable to sin, and to give those to God. That task is not an easy one, but it can be accomplished by a lifetime of spiritual disciplines. All of us must seek God in prayer every day, and know that He will be found. The real gem we get from the old man is that the devil does not know our sore spot, and we, through prayer, can find it and give it to God.

This past Saturday I decided to get very adventurous. I got on my bicycle and rode the eight miles from my home to Downtown New

Orleans on the Saturday afternoon before the Super Bowl. I expected to see the many media booths and other stages that had been erected before the game, the throngs of people milling about, but I saw something I didn’t expect.  In front of the Prebytere there was what I would call a preaching “shout off” going on. It seems that some very conservative Christians had taken it upon themselves to convert the world, especially those that were having too much fun. At the same time there was a man who didn’t quite see things the way they did that was shouting back at the preacher with every breath.

Being the “think and let think” Methodist that I am, such a situation distresses me. I listened for a while and when the shout off had ceased I engaged the heckler. I simply wanted to tell him that though I didn’t hold the views of the street preacher who had just condemned to hell everyone from the party goers to the Archbishop of New Orleans, that I did not feel that his heckling was effective. He eagerly engaged me in conversation, grabbed my hands, and at about six inches from my face insisted that look him in the eyes. I was told microphone frequencies were changed in the 1930’s making all microphones the tools of Satan. I quickly excused myself and rode back home.

How often have you been caught thinking that things were different than they were? I wanted to support someone who seemed to want a more loving approach to the gospel, instead I was confronted by a rather delusional man. We are all called to be Missional and sometimes we may misread a situation, but we must press on to be the Missio dei of the world.